The first four books of the Legacy Series are now FREE on Amazon! You read right! The Legend, The Guide, The Frenchman, and The Prophecy are now completely free. That’s the entire first volume of the series! What are you waiting for? Get started on your journey with these awesome alphas and excellent elders of the Legacy Series!

*England, 1555*
John Croxen, convinced that he is possessed by a demon, takes a risk when he saves the life of a beautiful gypsy woman one night while roaming the forests of England. However, Annalette is not as she appears. She knows that John is not demon possessed, but in fact a loup-garou – a werewolf. Alone and in need of his unique kind of help, Annalette strikes a bargain with John. If he can help rescue her condemned brother from prison, she will tell him everything he needs to know about being a loup-garou. After living in ignorance for over a hundred years, he’s due for a lesson or two.
With the rural population on the lookout for gypsy vagrants to turn over to the authorities for execution, John and Annalette must do something they have never done before. Trust a perfect stranger. 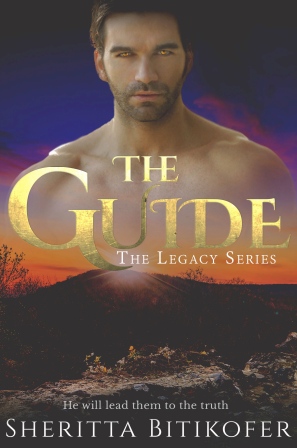 *Egypt and Middle Europe, 1570*
Tor had known nothing else of life outside of his lonely temple in Asyut. The last priest of the half-man, half-wolf Egyptian god Wepwawet, his days are filled with pious rituals that celebrate the union between his spirit and the gift of transformation his god had bestowed upon him and his family from birth. The sole survivor of his priesthood, he believes he is the only one who can maintain balance between Ma’at (order) and chaos that would inevitably consume the world.
All of that changes when Giovanni, an Italian explorer under the payroll of the vampire lord, Michael Gennari, finds Tor in his temple and asks for his help to find the lost civilization where vampires and werewolves once lived in harmony thousands of years ago. Knowing something of the mythical Arnathia, Tor agrees to help.
Jane Gennari, Michael’s young and mischievous daughter, has another plan for Tor. Inadvertently, she makes a long and arduous journey to the Caspian Sea even more dangerous. Drawn to his raw, savage, and sometimes uncivilized character, she lusts after him with a fervor that seems revolting to other vampires. The vampires and werewolves have been at war for centuries, but Michael’s small coven do not adhere to such prejudices.
With hunters, traitors, and the unforgiving elements working against them, vampire and werewolf must unite for a common goal: to seek the truth of what happened to upset the balance between their races. 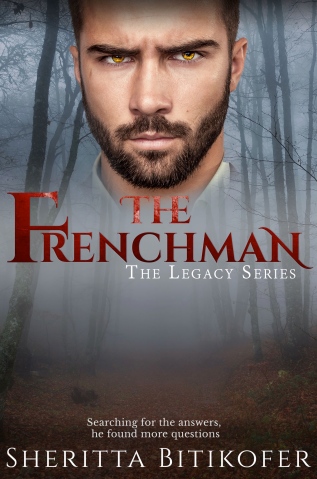 *England, 1623*
Darren Dubose was born a sickly bastard child. Often confined to his bed, he knows nothing of what it’s like to be healthy and well. His mother raises him alone, but not even she can ease his suffering and longing for a normal childhood. One night, he’s stricken by unexplainable pain and agony. Thinking this is the moment he dies, he doesn’t expect to wake up the next morning after he blacks out. But, he does. Only now, he is unnaturally fast and has the strong body he has always wanted. Able to run miles within seconds and throw heavy boulders across rivers, it seems that Darren’s prayers have finally been answered.
His new, phenomenal abilities come with a heavy price when the superstitious villagers of Warminster accuse him of being in league with the devil. How else could he have grown twice his size overnight? The truth lies with a friendly baker who tries to tell Darren that he’s a werewolf, a man who can turn into a beast by moonlight.
Frightened and skeptical, Darren must find his own way as the world he has known and loved his whole life begins to crumble beneath his feet. Everything he knows is called into question. Will solace lie within himself, with a mysterious alpha in France, or in the slate blue eyes of a girl who is trapped in a similar fate? His life, and the lives of those he loves are now at risk, but can he find the courage to outrun death? 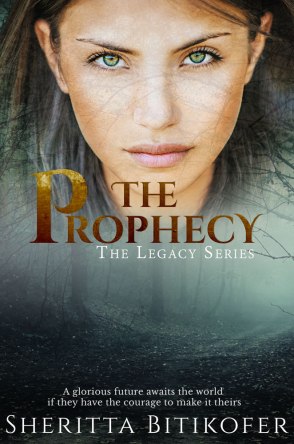 *Russia, 1648*
Geoffrey and Hugo Swenson scour the globe, searching out and cataloguing stories about their kind. About werewolves. They find themselves in Russia, hunting down a specific legend about a mythic white wolf that is said to embody the spirit of peace. As their world is consumed by war, violence, and destruction, they want to find the White Wolf to beseech it to expel the evil from the hearts of men.
They meet an unlikely ally in a pair of vampires, Michael Gennari and Anton Wiatrowsk, who are in search of the White Wolf for the same reason. The two races who are supposed to be at war with one another, must set aside their differences and join forces to trek across the rugged landscape of Siberia, through a country torn by riots and rebellions, in hopes to find peace for the world. But, can they find peace in themselves first?

If you prefer Audio or Paperback, you’re in luck! The first volume of these are available in each format! Check it out!

Sheritta Bitikofer is a lifelong student of history with a specific interest in the Civil War era. Along with being a wife, historical fiction author, and fur-mama of two, she is an active member of the Mobile and Pensacola Civil War Roundtables and currently pursuing a bachelors degree in US History at American Public University. When she's not trekking across a battlefield or has her nose deep in a book, she enjoys coffee dates with her husband and watching her favorite shows.
View all posts by Sheritta Bitikofer →
This entry was posted in Book Updates and tagged Free Books, Historical Paranormal, Legacy Series, The Frenchman, The Guide, The Legend, The Prophecy, Tudor England Fiction, Vampires, Werewolves. Bookmark the permalink.