As y’all know, I’ve become just a hair (maybe a whole wig) obsessed with the American Civil War. Ever since I wrote The Soldier about a year ago, I’ve gotten sucked into this whole other world. I’ve been to over a dozen battlefields and now have an entire bookcase dedicated to Civil War books. Don’t ask me how many I’ve read. It’s my hope that I’ll learn a lot and becoming confident enough to write an entire series revolving around the Civil War. It’d be a historical romance series, of course, but I’ll leave the werewolves and vampires out this time. 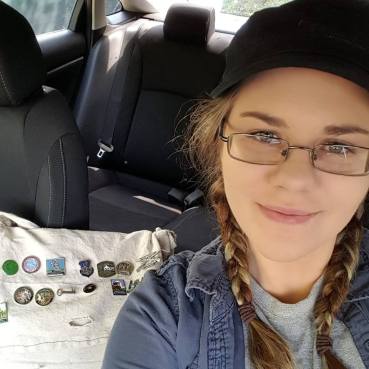 Anyway, part of this new fascination with the 19th century, I’d started another blog! This one is to talk about my many travels and share some knowledge about the Civil War from the prospective of yours truly. I’ve been writing one blog a week since January and covered three battles so far. I’m treating each battle as a series, writing a blog about the battle itself, something interesting about it, about a commander or two, about a regular soldier, and about a woman associated with the battle. My blog set around the battle of Olustee included my trips to other Florida Civil War landmarks as well. My goal is to write about each battlefield I visit and focus on that state as well. Virginia’s gonna be a doozy. You’ll also get to check out some of the pictures I’ve taken at the battlefields. They’ll be the ones with my haversack!

Sheritta Bitikofer is an author of eclectic tastes. When she's not writing her next historical fiction or urban fantasy novel, she can be found trekking across a battlefield, watching a historical documentary, or having coffee with her husband at their favorite café. A wife and fur-mama to two rescue dogs, she makes time to write engaging and moving stories about the things she loves best; history and the supernatural.
View all posts by Sheritta Bitikofer →
This entry was posted in General Blogs, Something About Sheritta and tagged Blogging, Civil War, Civil war traveler, Sheritta Bitikofer, Something About Sheritta. Bookmark the permalink.