A companion to The Loup-Garou Series, the Legacy Series is a 18 part novella saga covering the span of five centuries of loup-garou/werewolf history. Integral characters in the Loup-Garou Series like John, Darren, Gregory, Logan, Ben, Dustin, and many more will finally have a story of their own, their backstories explained.

Yes, that’s right, you get to read exactly what happened to Darren’s wife and daughter, all the gritty gangster details of what happened between Logan and Erik in Chicago, and witness the moment when Katey’s parents meet and fall in love for the first time.

I’ll be releasing a new novella every month until its completion. 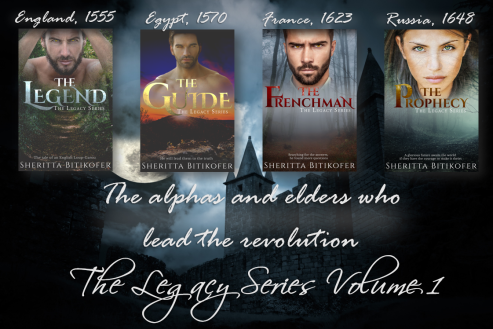