Reunited with Dustin after a long search across Europe, Darren and his new ward, Logan, book passage on the newest and biggest ship built by the hands of man. But even before Titanic strikes the iceberg, their voyage turns into a nightmare.

The Keeper of Light

The stars align, bringing two people from opposite worlds to one magical place on the Oregon coast. Jane Gennari is seeking redemption from tough choices she had to make. Adam Swenson is trying to reconcile the tragedies he couldn’t escape. Both search for unconditional acceptance and find so much more. Just one step on the road to fulfilling their destinies. 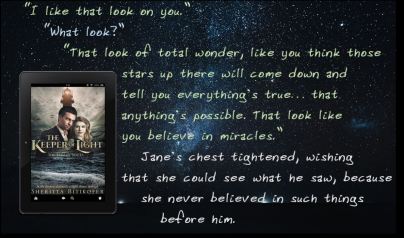